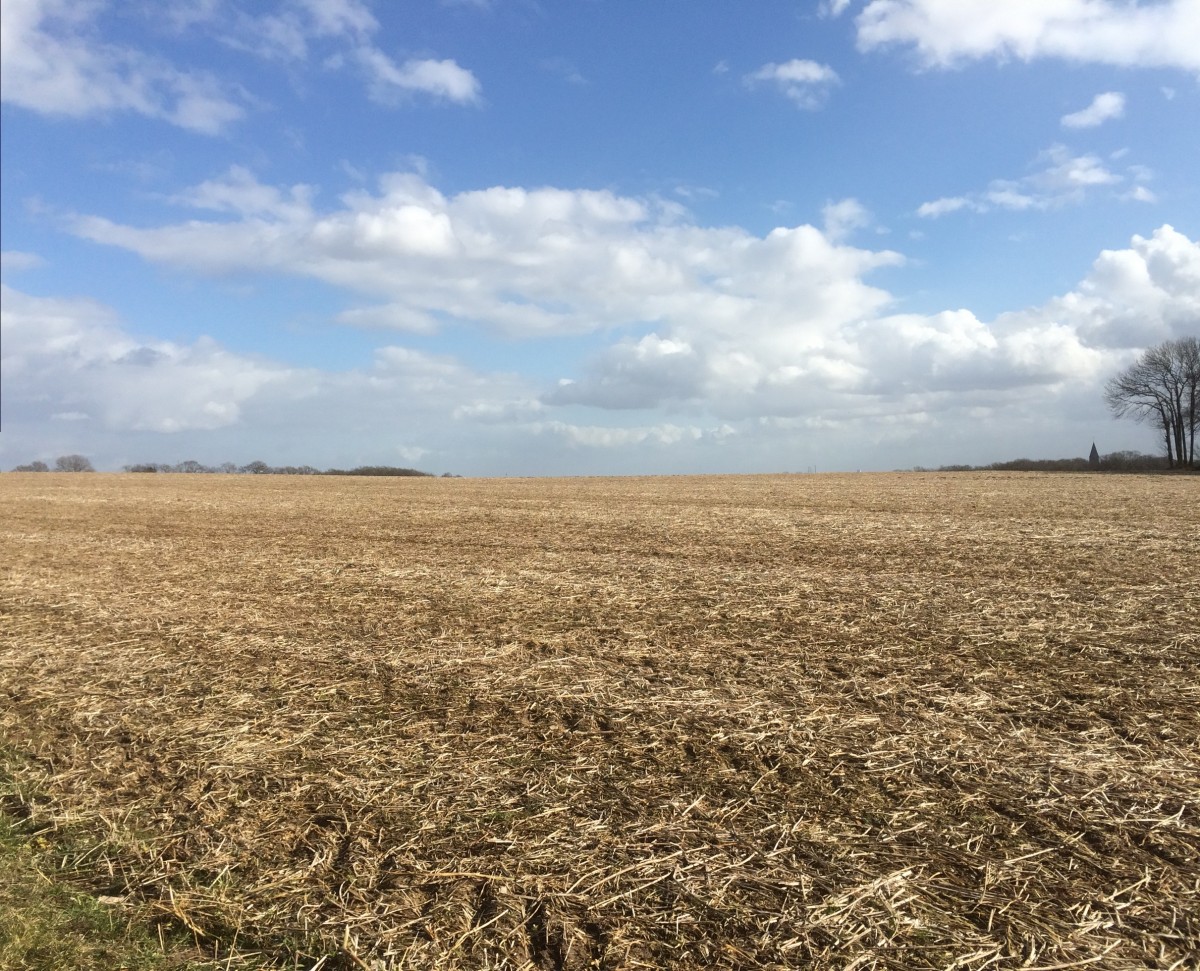 Increasing property prices intensify the use of land, which in turn puts pressure on the sustainability of the environment. According to Jan van Rheenen and Jan Spijkerboer (Kadaster), contemporary forms of land ownership are a timely answer to this nexus of problems.

After a long public career in land management, Kadaster’s Jan van Rheenen passed the baton to Jan Spijkerboer, an experienced land steward. Both men’s careers have been pivoting around the question of rearranging and reconceiving land ownership and management regimes with the aim of making our land use sustainable. And both are increasingly concerned about society’s skill in doing so. “I’m sorry to say we have close to no land policy in the Netherlands,” Van Rheenen kicks off the conversation.

But first, what is Kadaster all about?

Van Rheenen: “Kadaster is the Dutch service for property registration. Next to land, Kadaster is also the registrar for radio frequencies, ships and aircraft. Kadaster was founded in the Napoleonic time in order to develop cartographic methods subjecting ownership and use of land to taxation. The state just wanted to have money, basically. Kadaster was then set up to bolt the private property regime required for this ambition.

It’s interesting to consider the strikingly short historical period in which we know private property: 180 years. In these 180 years we experienced an enormous economic progress, partly due to the liberalisation of property, but it does not follow that we should stick to this recipe in the future. We are now actually witnessing the private property regime of land in derailment: ownership degenerating to mere speculation.

So let’s consider alternatives. Before Napoleon, we had a completely different policy, without private property. That is possible too today, but for some reason we look only at the last 180 years.”

In the search for different mechanisms to bring about sustainability, jumping back is mostly not the answer. Haven’t the past two centuries seen too many changes to merit such retrospect?

Van Rheenen: “This is why we talk about contemporary ownership of land. In doing so, we can use lessons from the past. You see all kinds of local initiatives in the Netherlands and Europe: commons and cooperatives. This fits the Zeitgeist, with people organizing themselves again in forms of togetherness. And some of the old regimes are still alive. Think of the Dullaertstichting and the St. Nicolai brotherhood in Arnhem, or the Chivalrous German Order Bailiwick from Utrecht. These are foundations that traditionally own farmlands and that manage these on the long term.”

That’s interesting. Can you delve into one of those examples?

Spijkerboer: “Let’s take the Bailiwick of Utrecht. This is about a couple of dozen-hectare land in central Netherlands. The property is from the German Order but the use of the land is all handed to farmers. The owners, the Order, all know each other and their practice is passed on from generation to generation. They use long term lease agreements to secure the continuity. The same holds for the Arnhem foundations. The big question now is: Can we, with an innovative concept of ownership, organize comparable structures, whereby land ownership is in the hands of foundations, orders and so forth, for a sustainable use of land?”

Mr. Spijkerboer, you are taking over Van Rheenen’s work at Kadaster. You are what is called a land ‘steward’.What exactly is a land steward?

Spijkerboer: “A steward manages land or real estate on behalf of the owner. Stewards can have as a client a nature organisation, an asset manager, a water authority, or a private person. Stewards manage the land in the long run on behalf of the organisation. I am the first steward to work at Kadaster. This is quite a change: To bring in more expertise from your knowledge about the use of land and to make sure that we deal with soil and land from a different angle.”

That sounds new indeed. How does this role fit onto Kadaster’s core of surveying and registering?

Van Rheenen: “Actually the story of Jan Spijkerboer and myself is very inherent to Kadaster, I should say. We can only be successful in registering and surveying when we relate it to bigger goals and ambitions, which change over time. At the moment there is a new development – energy labels for apartments or new organisational forms in the land ownership – where Kadaster can quickly come into action.”

Spijkerboer: “Our team focuses on the development of rural areas. Land consolidation was first the instrument to improve the suitability of soil after WWII and later this was complemented with nature preservation policies; this is the context in which Kadaster has always been active. We are now at a new turning point. There is a lot going on: an energy transition; changes in the rural area; shrinking regions; the vision of agriculture. These are all aspects in which Kadaster can fulfil a relevant, independent role.”

Farmers work intensively with land. Don’t they have by definition a long-term commitment with the soil?

Van Rheenen: “Increasingly less, I’m afraid. You see now that bigger entrepreneurs are not interested in land ownership at all, since this is a huge capital burden. They merely want to use the land and get the most out of it. They oftentimes lease on a yearly basis; you could say that they simply rent the land. If you are lucky they do this for three years. In this course, they do not have a long term care for the land and this eventually causes exhaustion of the soil and deterioration of the landscape.”

Is this generally the case in the Netherlands, leasing contracts on a yearly basis?

Spijkerboer: “There are different forms. You have the situation that a foundation or a different party strives for long term lease. Such leasing contracts are oftentimes extended automatically every six years. However, we see that there is a trend towards more ‘liberal’ leasing: on a yearly basis or for three years.”

Van Rheenen: “For a long time it was the case that two-thirds of an agricultural land are owned and one-third is leased. It has become gradually more lease, certainly yearly. However, we do not know how much. The Chamber of Land (Grondkamer of the Ministry of Agriculture) will have some figures, but certainly not a complete overview. We plead to also register liberal leases (everything that is shorter than six years), lease prices included. This way, as owner and as user, you can see the prices in your surroundings on one map, and officials can see where things run out of hand. Currently, we do not have this transparency in the Netherlands. We increasingly see leasing of lands by auction, with prices that are absurdly high.”

Does this include government-owned land?

Spijkerboer: “It does. The real estate company of the government owns a lot of land but does not know exactly what to do with it. It is now agricultural land but could easily become something else in the long term. Then they do not issue ongoing lease contracts but lease for one year or perhaps three. Thereby, the state does not focus on the quality of the use of the soil but the maximum profit. In land tenders, farmers compete with one another for the highest price, year after year. This is bad news for sustainability. If a farmer is not sure to have his or her lease continued, short-term profits become the sole yardstick.”

Van Rheenen: “As government, you should have the land be appraised by a land steward. Then you open the tender for the highest societal added value. This is a very different principle: not to base the selection on the highest market price but on a reasonable market price with the highest societal added value. Especially municipalities can act like this. If a municipality has land surrounding the built-up area, then you should not only look at this in an economic perspective but it can also serve public goals. Think of recreation such as hiking, a children’s petting zoo, but also sustainability.”

Spijkerboer: “The question is whether we are prepared to say: forget who the land owner is or what the capital market thinks of it, more important is how the land is being used.”

Are you saying we should decouple the use of land from the ownership – and even from the land’s market price?

Van Rheenen: “Right. We could take more land in societal ownership. Then the next question is: whom should the ownership be exactly to get this done? We see that governments don’t have a very consistent policy. Therefore I believe more in smaller ownership forms like foundations, the commons, as well as private foundations, who accept moderate financial returns if only the long term is secured. I would very much favour some kind of land bank in the Netherlands with an ethical board to bring this into practice.”

A land bank – can you expand on that?

Van Rheenen: “I’m thinking of land banks to be established regionally and locally. The exact arrangement and type of entity can go one way or another.

I have stood before large halls of farmers and asked them this question: Would you consider to merge your land with one another in a foundation or cooperative and then divide the use among each other? From our current liberal, Napoleonic regime this sounds like a crazy idea, but the farmers were really quite interested. They look at it practically: sometimes you need better soil, sometimes mediocre soil will farm more efficiently, for example for young cattle. Wouldn’t it be wonderful if you can simply swap and as a farmer community organize the crop rotation as well as possible?”

Spijkerboer: “And don’t forget that the inhabitants of cities and villages are increasingly engaged with their surroundings and the origin of their food. Society is ready for it. Then it is up to politicians to create the right conditions.”