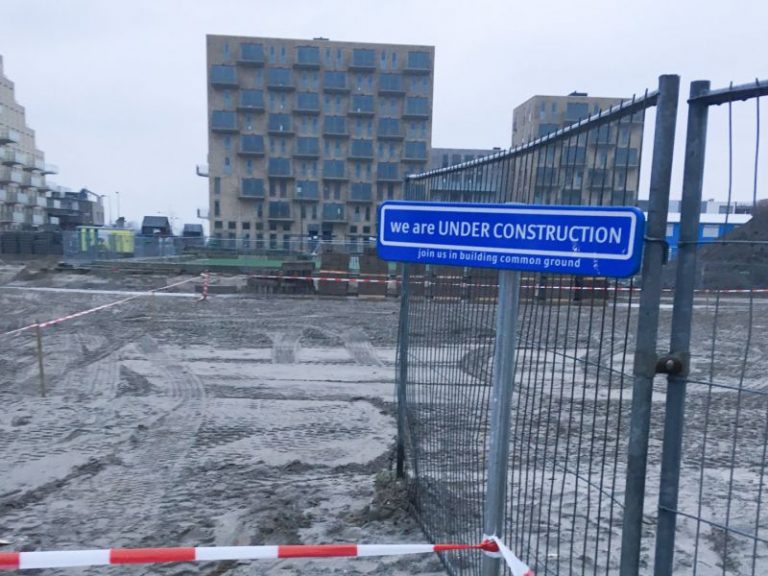 This research project focuses on the ways the commons can contribute to new forms of (digital) public space and initiate different forms of urban development.

At present, Western societies are experiencing a series of rapid societal transformations. There are growing concerns with regard to increasing social and political fragmentation and the proliferation of new, runaway technologies. One of the key drivers of this fragmentation is arguably the ongoing market-driven reorganisation of society over the last two decades and the closely intertwined process of privatisation across important sectors such as social services, healthcare and housing.

The commons, or, in brief, the shared resources that are constantly and collectively reproduced, are increasingly gaining attention as a relevant framework for counteracting these trends. The commons is a phenomenon that has occurred in widely diverging societies throughout history, but is nowadays increasingly seen as key in the construction of alternative urban futures. Among its long term effects might be the construction of new forms of public space and social infrastructures, and higher levels of social cohesion and mutual trust.

This research project takes Zeeburgereiland as its main point of departure and runs for the duration of two years. In 2018, the Gerrit Rietveld Academy and its postgraduate programme the Sandberg Institute were asked by property developer BPD Europe to rethink the role and function of communal spaces in its projects on Zeeburgereiland. In response to this specific request (and the prevalence of societal transformations such as rising urban inequality and social fragmentation in general) Rietveld and Sandberg initiated a new consortium, including Waag and the University of Amsterdam. Funded by the NWO ‘Smart Culture’ programme, this consortium researches the ways in which the notion of the commons can contribute to new forms of (digital) public space and initiate different forms of urban development.

The research will be positioned in the wider debate on the commons, while introducing two novel approaches. Firstly, by approaching ‘the commons’ in the urban context from the perspective of design and art. Secondly, by simultaneously focusing on ‘commoning’, with an emphasis on the actual process of reproducing the commons. The research furthermore aims to bring contemporary ‘maker’ perspectives together with historical comparisons on cultural contributions to the commons, while collaboratively seeking to answer the main research question: how can experiments in design and art contribute to new forms of (digital) commoning in the context of an urban development area?

Waag’s Socrates Schouten is involved as a researcher for Contemporary Commoning’s sub-project about ‘commoning as an antidote to the smart city’. Information technology has been penetrating deeply into all areas of life and living – energy services, the household (smart home technologies), mobility, retail, social life. Newly developed plots like Zeeburgereiland in particular are being saturated with smart technologies, along with the commercial and other interests that are hardwired into (or ‘locked-in’) the current generation of these technologies. These newly developed areas also function as testing grounds of innovative engineering and IT solutions. This research focuses on the engagement of the ‘third sector’, of citizens and collectives, to assume an active role in co-governing the smart city and co-authoring digital transformations.

This work is part of the research programme Smart Culture with project number CISC.KC.223, which is (partly) financed by the Dutch Research Council (NWO).