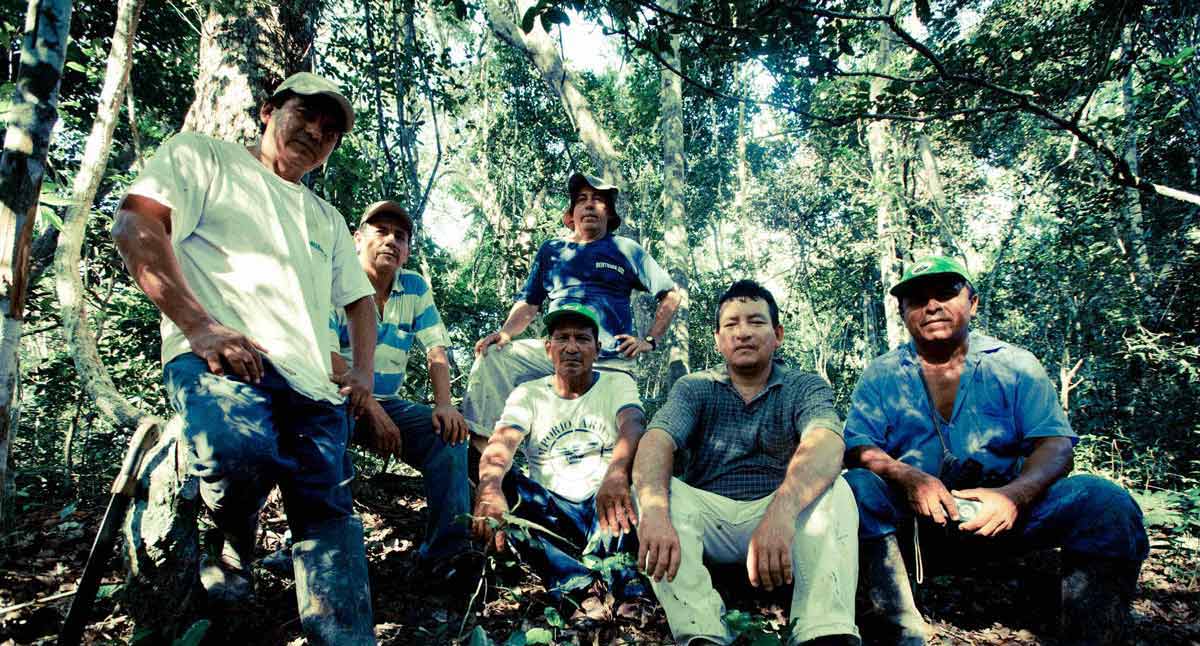 Revisiting the commons perspective on ownership and use of the land

In December 2012, a rural chief in the Ashanti Region of Ghana sold his community’s land with farms for cocoa, citrus and food crops cultivation to outsiders. His decision meant that local families would lose their sources of their livelihoods without compensation. This is a common issue in Ghana, where weak governance models have made it possible for a small elite to benefit from rising land prices at the expense of the local population.

A little later, in November 2013, the landowner of Luzernenhof, an organic farm in South-Germany, decided to sell the 12 hectares  of farmland for 860.000 euros. The community cultivating the farmland was not able to come up with the necessary funds to lease the land, but two private individuals  stepped in to help with their own personal finances. Today, the farm is still operating as a communal farm with the support of a European network of organic farmers.

These two scenarios are exemplary of a global shift towards the marketization of land and the respective liberalisation of its ownership. Both in the global South and North, we observe the serious environmental, social and economic consequences of this shift. Although there exists a countermovement and a generally growing awareness of the benefits of small-scale farming and community held land, the question remains as to how such entitlements can be strengthened in the long term. This debate sheds light on new forms of ownership and use, with the notion of commoning offering reliable long-term solutions.

The main challenge in this discussion can be best symbolized by the so-called “global land rush”, exacerbated by the global finance, food and fuel crisis of 2007-2008 and resulting in the push towards globalized land access in countries in both the global North and the global South.

For greater insights into current dynamics and pathways, we spoke with Jan van Rheenen and Jan Spijkerboer from the Dutch land registry and mapping agency Kadaster, as well as with Liz Alden Wily, an expert on collective land ownership and co-founder of the online mapping platform Landmark.

The 2007-2008 global food crisis caused an upsurge in agricultural commodity prices, rising interest in acquiring agricultural land by investors and thus an intensified use of land. Alongside this crisis, we face the disappearance of land as a result of rapid large-scale urban and infrastructure development and the deterioration of soil due to unsustainable farming practices and climate change. This is accompanied by a surge in industrial forest concessions as well as mining, and oil and gas explorations. One example for such a setback is the most biodiverse nation on Earth, Brazil, where the newly elected president, Jair Bolsonaro, is planning to open indigenous territories to mining.

Host-country governments particularly in agrarian states often make large-scale land deals in their search for investments, access to employment and technology. These land deals have been broadly criticized for marginalizing people and threatening the environment. In the Democratic Republic of the Congo (DRC), which has the second largest area of land in Africa, development and commercial activities are concentrated in small areas due to a lack of infrastructure. Food insecurity is a serious problem and the government is making slow progress in developing strong policy frameworks for the agricultural sector. Due to its valuable natural resources (minerals, hardwood forests, water) the DRC is one of the top-recipients of Foreign Direct Investment (FDI), encouraged through tax breaks for foreign investors. This attracts  questionable actors, like the logging company SIFORCO who has been criticized for their involvement in violence against local inhabitants and ignored commitments to local communities (such as building infrastructure and schools). Although the Congolese government has become wearier of large-scale land deals with foreign investors, the global land rush also intensifies speculation by domestic actors. Dubious land acquisition deals among its own economic and political elite exacerbate expropriations and displacements of entire communities. The situation in the DRC and in Brazil emphasizes the political nature of land governance and shows that land and agriculture development have joined the playground of global financial forces, to all our detriment. To forego this, large-scale acquisitions and land reforms need to take the broader institutional, social and environmental context into consideration.

Calling us from Kenya, land-use expert Liz Alden Wily explains that the global land rush has serious implications for land held by indigenous people and other local communities in agrarian states, especially in Africa, Asia and Latin America. These lands are recognized as community owned through customary practices, yet still only a small share of these community lands is lawfully acknowledged (e.g. in land laws). Additionally, custom-based recognition is no longer sufficient to protect communities from forceful acquisition triggered by commercial aims. More and more frequently, communities need to form legal entities and conduct official adjudication, demarcation and registration of their land  in order to lawfully protect their right to the land. This is a lengthy, complex and particularly expensive procedure, one that only few can afford. As a result, areas that have been in the hands of communities for generations lose their formal recognition, as was the case with the aforementioned community in Kenya’s Ashanti region.

In countries like the Netherlands or Germany, the global land rush manifested in a trend towards more liberal forms of ownership and use. In a conversation with Jan Spijkerboer and Jan van Rheenen from the Dutch land registry Kadaster, we learned how increasing property prices intensify the pressures on land in the Netherlands. More and more frequently, agrarian land is leased on a yearly basis and at higher rates, which incentivises the maximisation of output and thus an exhaustion of soil with marginal consideration for sustainable land management.

Jan Spijkerboer: “If you never know if after one year lease you are again allowed to lease another year, then you go for the short-term optimum.”

The competition for land access is growing worldwide. In this struggle, small-scale landowners usually cannot keep up with their industrial counterparts. This is all the more unfortunate in that small family farms often comply with more sustainable farming practices. While the public’s opinion on gene-edited foods is divided, many smallholders are inclined to apply traditional forms of cultivation without the use of pesticides and provide quality food to local markets, while also being of value for the local economy. Additionally, with 75% of the world’s farms operated by family farmers, small-scale farming provides the majority of the world’s food. This highlights the importance of securing such lands for society as well as climate.

As a result of this thought process, the main issue of this liberal rush is not the commercialisation of land per se, but the effects it has on the environment and social equality. These are best characterized by the prioritisation of commodification and individualisation of resources, foregoing the needs of smallholders, indigenous people, communal tenure systems, and the long term ecological ‘health’ of the land.

If you are interested in reading more about or engaging in community land endeavours, have a look at the initiatives listed and gradually updated on the Chamber of Commons website. Feel free to get in touch in case you have ideas or are interested in collaborating.

Read Part 2 of this article. 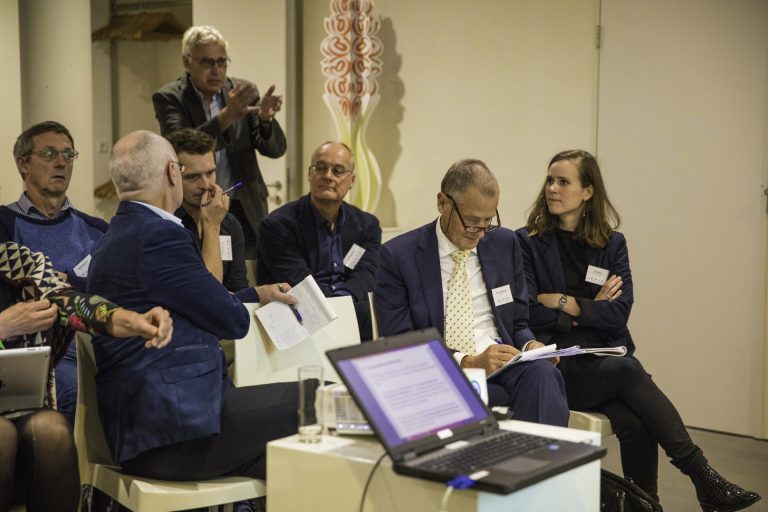 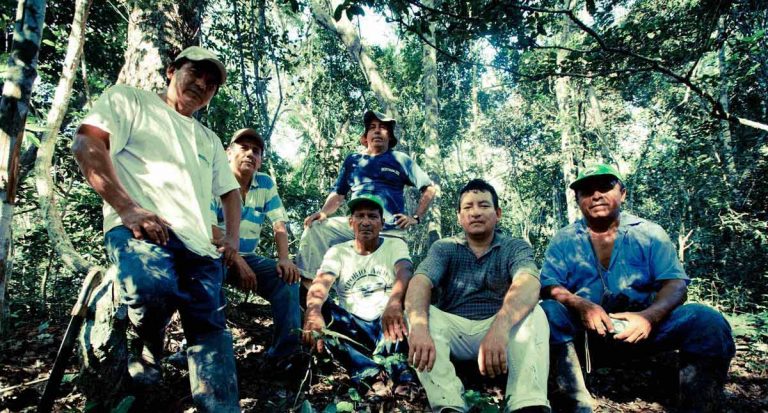 revisiting the commons perspective on ownership and use of the land